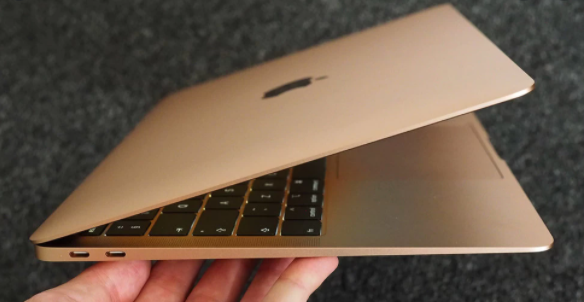 If you had a pair of calipers you might be able to tell that the new MacBook Air is 0.5mm thicker and 40g heavier than the old one, but there’s a good reason for that: a new keyboard that’s just a smidgen thicker. More on that in a moment.

The 13.3in screen is crisp and beautiful, now supporting Apple’s True Tone technology, which adjusts the screens colors depending on ambient light. It was a feature restricted to the MacBook Pro in Apple’s laptop line until now.

The 1.29kg MacBook Air compares favorably with rivals, but is heavier than tablet PCs such as Microsoft’s 775g Surface Pro 7 (1.13g with keyboard attached).